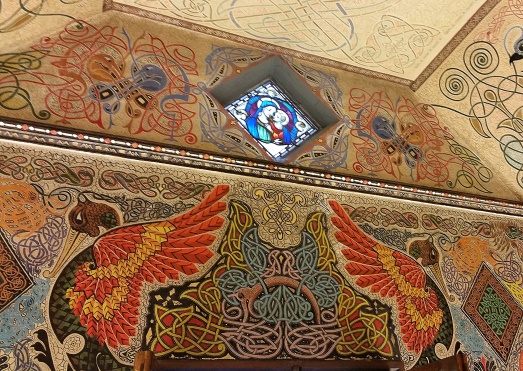 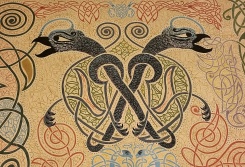 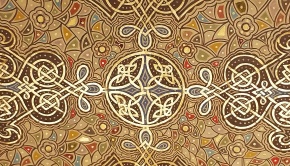 I must have passed it a hundred times, the strange orange building with the minuscule windows. Out of place, I thought dismissively: a too-bright punctuation mark on a grey street.

It never occurred to me the building was a shell, purpose-built to protect something I’d been meaning to visit for ages: the small and wondrous Oratory of Sister Concepta Lynch.

I finally got to see the Oratory this year, remembering to turn up on one of the few days it’s open to the public. It’s so tiny, only a handful of visitors can fit inside.

It was built in 1919 to celebrate peace. It’s also a memorial to the young men of Dun Laoghaire killed during the First World War, many of whom died in Belgium. In gratitude, the residents of one Belgian town donated a statue of the Sacred Heart to the local boys’ school, but the political situation had changed so much in Ireland during the war that the Christian Brothers refused to accept the statue.

The Dominican sisters stepped in and built an oratory to house the statue.

The Oratory is 18 feet by 20, and its (original) outside is plain and simple.  Its inside, however, is riotous.

Stepping inside is akin to stepping into a mythological pop-up. Strange beasts jump off the walls: Byzantine, Celtic and Christian motifs fill each corner.  The walls are completely covered; the ceiling stenciled but not finished. Remarkably, all of the art is the work of one woman.

Lilly Lynch was the daughter of a manuscript illuminator, Thomas Lynch. She spent a great deal of her time at her father’s studio, where she learned the trade well enough to take over after his death.  She ran the studio successfully for several years before deciding to enter the Dominican Order in 1896.  She became Sister Concepta and taught art and music in the convent’s school.

It was Sister Concepta’s idea to decorate the altar panel behind the Sacred Heart statue in the new oratory. Her superior must have been happy with the result, because Sister Concepta was allowed to paint the rest of the chapel in the same style. She spent the next sixteen years working on the oratory in the evenings, after she’d finished her day’s teaching.

The paint used in the oratory is common household paint. Sister Lynch had her students buy it for her locally, since she was forbidden to leave the convent. (The Dominicans were an enclosed order.) She died before she could complete the oratory, but the unfinished ceiling gives an insight into her method.

It’s hard not to be affected by the Oratory and its contradictions. It’s a hidden memorial to Irish men who fought for Britain, decorated in the Celtic Revival style beloved of nationalists.

Its tiny dimensions contain a world of artistic influences, crafted by a woman who never travelled.

Plain outside, emblazoned inside. 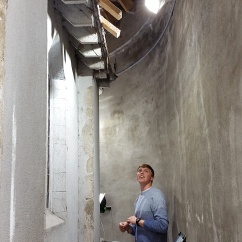 The Oratory at Dun Laoghaire is open to the public at select times only. Further information at DiscoverIreland.ie. More photos at the wonderful blog of Arran Henderson, art historian, tour guide, and all-round Dublin expert.

22 thoughts on “Fantastic Beasts and Where to Find Them”